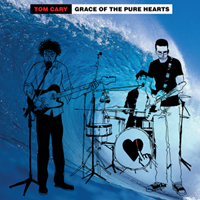 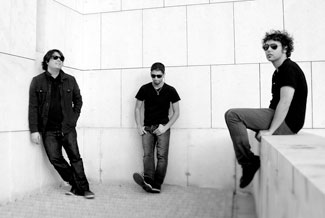 Tom Cary are believers of the "do it yourself" with a hardworking and combative perspective. They´ve become one of the most interesting projects sprung from the Spanish underground thanks to their sound and attitude. Powerful, percusive, mutant, raw, electric and exciting are some of the adjectives used to describe their live shows and recordings.

After winning the main contests in Spain with their first demo, Steve Albini produced their first album, "That´s right! Clean your soul" in 2008. In 2009 they released "Grace of the pure hearts", a compilation of b-sides and rarities from their first period. Next December 2011 they are launching their second studio album [Miga45] "Las hidden logics". A surprising album where the band does all the recording and production with the help of the well-know producer Paco Loco.In the last 3 years, their tour included more than 100 shows around the world, all of which were possible thanks to the support of an audience who love music in its pure state.

They´ve taken part successfully in festivals such as South by Southwest 2009 (Austin, U.S.), Rock al Parque 2009 (Bogotá, Colombia), FIB Benicàssim 2006 (Castellón, Spain), FNB 2009 (Caracas, Venezuela), Biennale Europea (Bari, Italia, 2008). In 2010 they did some shows within a tour together with Sonic Boom from Spacemen 3 and they were also backing band for Damo Suzuki from Can, Psychedelic Furs and Starlickers within the concert series “Meet the residents”.

These are objectives achieved for a band that seems determined to avoid the media and trends in order to follow their own rules, fun and freshness.