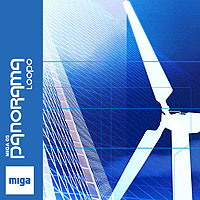 Loopo (Markus Nöhmke) began djing in 1996 in Kassel/Germany. He started there making his own Parties in a club called A.R.M.e.V. After that, he became to be one of the resident dj´s in the Club Hotel Reiss, where he line-up with people like Der Dritte Raum, Ellen Allien, Smash Tv, Steve Bug, Ricardo Villalobos, Zip, Speedy J, Rush, Ego Express, Alter Ego...

In 2003 he moved to Berlin forced by the closing of Hotel Reiss. This is when he started to make his own Music and still had the chance to keep on with gigs in big clubs like Metronom, Polar TV, Sternradio, Alter Wartesaal, Fire-Club...

He has joined Miga netlabel, with a reference loaded of minimal & tech house kicks...