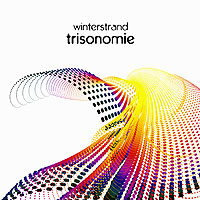 Three brothers, risen from the same passionate blood that now is responsible for each one´s passion for music, grew up in the southern countryside of nowhere. Soundscapes, heavy breaks, relaxed (but never loungy) rhythms combined with a melodic intensity generate a timeless feeling while getting acoustically irradiated with their unique style of music.

A feeling everyone can relate to his/her childhood. Besides the influences of early 90ies electronic, folk, jazz, oldschool hiphop and early jungle, they use loads of samples from a huge amount of tapes that they recorded themselves from the mid-80ies to the mid-90ies - self-referentially to involve personal experiences and memories they had during their early record-sessions in their music. Back in those days they created a whole wide and pretty extraordinary spectrum of sounds with tape recorders, percussion stuff, radios, keyboards, guitars, self-made instruments and any other things, as long as they were cheap, exciting and useful.